Eye care professionals specialize in understanding how the human eye really works, as well as diseases and conditions that affect your vision – many of which do not have obvious symptoms. Eye doctors know how age and risk factors affect vision over time for young and old, and they understand the benefits and features of corrective lenses including eyeglasses and contacts.

Our optometrists in West Lebanon, New Hampshire take the time to explain the results of your eye exam, describe your options and listen to your eye care needs. Because maintaining good eye health is an ongoing partnership, we encourage you to ask questions and share your health information, which could be vital to monitoring, diagnosing and treating potential vision problems. 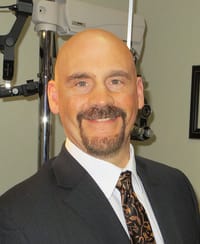 Dr. Stegen has been practicing in the Upper Valley since 1992. He is hospital residency trained and Board Certified by the American Board of Optometry, one of the few Board Certified optometrists in the Upper Valley. Born and raised in New Jersey, Dr. Stegen attended Rutgers University, receiving his Bachelor's degree in Biology. He then attended Rutgers' Graduate School at New Brunswick (N.J.) where he worked on a Master's Degree in physiology while teaching undergraduate students in Comparative Anatomy and other courses.

Dr. Stegen received his doctorate in optometry from the Pennsylvania College of Optometry in Philadelphia, Pennsylvania in 1990, where he also instructed optometry students in Gross Anatomy. After graduation, he performed a residency in hospital-based optometry in the Veterans Administration Medical Center at Lyons, New Jersey. He moved to New Hampshire and began practicing in Keene and West Lebanon in 1992. On January 1, 2011, Dr. Stegen assumed ownership of the optometry practice of Pro Optical, forming North Country Eye Care Associates. END_OF_DOCUMENT_TOKEN_TO_BE_REPLACED 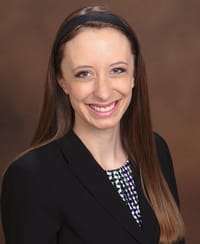 Originally from Morehead, Kentucky, Dr. Jessica Eid first became interested in optometry when her grandmother was diagnosed with glaucoma. She spent years watching her grandmother receive incredible care from her optometrist, and it inspired Dr. Eid to want to do the same for others.

After receiving her Bachelor of Arts in Biology and Psychology at the University of Louisville, Dr. Eid attended the University of Houston College of Optometry where she received multiple Clinical Letters of Excellence. While there, she worked as a teaching assistant to first and second-year students. She graduated with honors in May 2015 and then completed a residency in Ocular Disease and Ocular and Refractive Surgery at the Oklahoma Medical Eye Group and nJoy Vision in Tulsa. END_OF_DOCUMENT_TOKEN_TO_BE_REPLACED