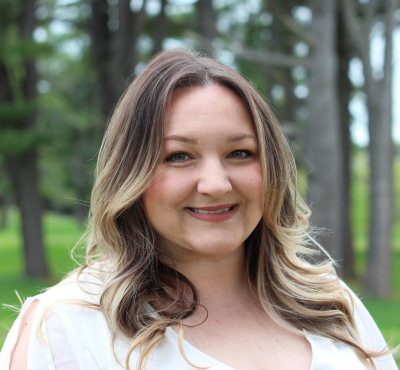 Miranda’s journey into eye care began in 2008, working her way from the front desk to technician after receiving her CPO in 2009 and her CPOA in 2011. After several years as a technician, she transitioned into optical, passing her American Board of Opticianry exam in 2018.  Miranda has spent several years volunteering for the American Optometric Association, her state paraoptometric associations, and the Opening Eyes Special Olympics program.

Miranda is a Vermont native, growing up right here in the Upper Valley. She has a teenage daughter and two dogs; a French bulldog Prince & a Yorkie named Charlie. When Miranda is not in the office, you will most likely find her outside tending to her gardens, playing with her pups, and enjoying the fresh air.